DID SHE GET HER ANSWER? 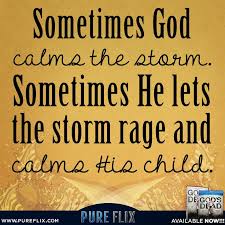 For months, Joan’s house had been demanding more in upkeep than she could afford.  The walls seemed to move in on her each day.  She was tired of the old carpet.  She looked at everything about it with a jaundiced eye. Everything about it was getting on her nerves.  Joan had prayed, nagged, and finagled all the ways she knew to get the new house.  It was sooo dreamy and had 600 more square feet than they one she now lived in.

She would have a difficult time paying the extra monthly payment for the new house, but she knew God was a prayer answer-er!  So she diligently prayed that something would happen to make the new place possible.  She kept her faith in the Lord knowing he could make it happen.  She prayed effectually and fervently just like the Bible said to do.

Two years later Joan was still in the same house.  She looked back at the unrest that had been in her about changing houses.  She really couldn’t understand now why she had cared so much.  That new place had stairs that would have been difficult for her to climb.  She noticed that the new magazines were showing carpet just like she had was coming back in style.  She was not great at meeting new friends and she was very comfortable with old friends in her neighborhood.  If they had moved it would have cost them far more than they had to use to repair and restore this one – her long time home.  The one with all the pleasant memories; the one that the kids liked to come home to; the one that had her cozy sun room with its small but comfy book nook.

Did God answer her prayer?  I guess not in the way that she expected.  But He did still the storm that was in her.  That’s what a “Prince of Peace” does sometimes.  No change in circumstances, just a change in his child.

Laura brought my attention to this quote in one of her posts last week so I decided to share for the Writer’s Quote Challenge.

ABOUT ME Hello. To various folks I am Neat’nee, Mom, Grandma Neta, Gramma, Aunt Neta, Aunt Noni, Aunt Neno, and Aunt Neto (lots of varieties from little nieces and nephews). To some I’m more like “Didn’t you used to be my teacher?” or “Don’t I know you from someplace?” To you, perhaps, I am a Fellow Blogger. Not “fellow” like a male or a guy, but “fellow” like a companion or an adventurer. I would choose to be Grandma Blogger, and have you pull up a chair, my website before you, while I tell you of some days of yore. I have experienced life much differently than most of you. It was and is a good life. I hope to share nuggets of appreciation for those who have gone before me and those who come after me. By necessity you are among those who come after me and I will tell you of those who came before. Once upon a time in a little house on a prairie - oops, change that lest I commit plagiarism - and change that “house on the prairie” to “dugout on the prairie.” So my story begins...
View all posts by oneta hayes →
This entry was posted in Uncategorized, Writer's Quote Challenge and tagged answered prayer, calming the storm, God knows best, Writer's Quote Challenge. Bookmark the permalink.

24 Responses to DID SHE GET HER ANSWER?