AM I THERE WHEN HE NEEDS ME? 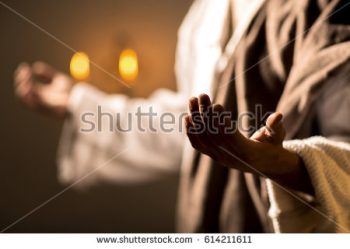 I would argue that John was the most intimate of Jesus’ disciples because he always seemed to be close by. Sometimes his motivation was not good; he appeared to be a social climber, but he was there! He was loved, but he was disciplined and rebuked as well. Time spent with Jesus has a way of chiseling off the rough spots.

John said that he had “lain on Jesus’ bosom” during the last meal together. I believe there John “drew close enough to hear the beat of His heart, to feel the heat of his love, to smell the aroma of his presence and to touch the breast that breathes life anew,”  as is my oft stated desire.

John was among the disciples who slept at the last when Jesus asked for their support as he, Jesus, went to prayer. I wonder if that failure is what gave John the determination not to fail again! He was a witness to Jesus’ trial (John 18:15) and he was there when Jesus died (John 19:26). In the end John’s dedication was rewarded. Jesus would have died with one more burden – who would care for his mother – but for John. He was there when Jesus needed him!

Why do my thoughts so often end up with a lesson for me? Am I there when he needs me to care for someone he loves?

ABOUT ME Hello. To various folks I am Neat’nee, Mom, Grandma Neta, Gramma, Aunt Neta, Aunt Noni, Aunt Neno, and Aunt Neto (lots of varieties from little nieces and nephews). To some I’m more like “Didn’t you used to be my teacher?” or “Don’t I know you from someplace?” To you, perhaps, I am a Fellow Blogger. Not “fellow” like a male or a guy, but “fellow” like a companion or an adventurer. I would choose to be Grandma Blogger, and have you pull up a chair, my website before you, while I tell you of some days of yore. I have experienced life much differently than most of you. It was and is a good life. I hope to share nuggets of appreciation for those who have gone before me and those who come after me. By necessity you are among those who come after me and I will tell you of those who came before. Once upon a time in a little house on a prairie - oops, change that lest I commit plagiarism - and change that “house on the prairie” to “dugout on the prairie.” So my story begins...
View all posts by oneta hayes →
This entry was posted in Jesus, relationship with God, God speaks, Uncategorized and tagged Christian, good works, love, relationship with Jesus, sleeping Christians. Bookmark the permalink.

12 Responses to AM I THERE WHEN HE NEEDS ME?