HEALING OF MY KNEE 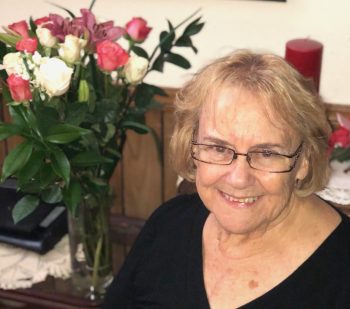 About twenty years ago I wrote a paper called “Put Me In Remembrance.” (Isaiah 43:26)

It begins:  God keeps record of my acts for him but I cannot find that he keeps any record of what he does for me.  Am I going to allow his wonderful acts for me be unrecorded?  I wish I had kept better record but this will be my attempt to “put him in remembrance” and let him know how very, very much he means to me.

Remember I was writing to God.  Believe me I did not lie nor stretch the truth!

And Lord, you have really done marvelous things in your healings for me.  They have been astounding.  One summer in Claremore my knee got so weak and sore.  One day I was sitting in the car while Sammy was working on it – the car, not my knee.  I was reading the Bible while waiting to be told when to crank the car or whatever I was in there for.  I read Psalms 118:9 “It is better to take refuge in the Lord than to put confidence in princes”. That really came through to me that I should not go to the doctor but I should trust you to heal my knee.  That became quite a test.  I got to the place of crawling to the chair but mostly I could hobble around well enough to take care of myself. Roger got aggravated with me.  Sammy finally said, “If your leg doesn’t get better by Monday, I want you to go to the doctor.  That was so unlike him.  Monday morning came and I was no better. I said, “Lord, if you don’t heal me today Sammy said I have to go to the doctor.” By noon my knee was well. I felt some slight weakness in it for a while when I would work in the yard but after a time that even became unnoticeable.

It was ten years before I had any other leg problems. This is what happened! I sure don’t understand but it Is what happened. Lois came to OKC to visit me. She was having a bad knee problem. We were in the car at Penn Square getting ready to go into J C Penny’s. She dreaded the walk. I told her about my experience as above. I reached over and touched her knee and prayed for it. When I did the pain left her knee. We did the mall thing and during the walk I noticed my knee beginning to get sore. I refused to acknowledge it but it continued to get worse and became quite a problem again. It got so bad it resulted in a most humiliating experience! The leg was bad but I persisted in going to a friend’s funeral. The nearest parking space was not far-far away but far for the circumstances. I supported myself on car hoods and the wall of the building until I got inside. After the service, they gave directions for all to walk down the center aisle, view the body, and go out the north door. I was sitting close to the north door; I knew I wouldn’t make it around and down the center aisle, so I stepped out of the pew thinking I would beat everybody out the north door. Instead, my knee went out and I fell in the aisle blocking it from the mourners who were coming that way. Thoughtful ushers detoured the procession, and came to get me out of the aisle! (Okay, it has almost been long enough for It to be funny by now – but not quite. We might laugh about it sometime though, you and I.  Reminds me of the words in that song His Name is Jesus. It has this line in it,  “we even laugh together.)  Anyway, back to the leg. A nice fellow went and got my car for me, got me in it. I assured him I could drive safely, and I started out. Gas meter was on empty! I stopped at the station. Self service, of course. Barely got myself out of the car to the tank, put gas in but couldn’t walk inside to pay for it. Started crying. Another nice Person took my money in for me. I went home and went to bed. Next morning I could hardly get out of bed. I used a decorative doodad (I guess it was a wine rack I used to hold towels) to support me when I had to get up. I wouldn’t submit to a real cane, I called Mr. and Mrs. King to come and pray for me. They were the only people I could think of who I thought would just pray and not tell me to go to a doctor. How could I go to a doctor when I knew what you had done with my knee in Claremore! That is rather a sad commentary on our practice regarding the doctrine of healing, isn’t it? Yes, Lord, I do believe you also work through doctors but I couldn’t get past what the scripture said to me. Lord, you are a Marvel. Well, back to the knee again. You did begin a healing again. I was able to get up and go about my business but that time some of the pain and weakness was evident for quite a long time, several months anyway. But it has been okay for most, perhaps all, of this year. I’ve even been able to walk a mile a day with no problems. Mostly I’m able to just not willing.

******************So I wrote this to the Lord about 20 years ago.  I’ve not had any problem with that knee although the doctor who did my hip surgery last year told me when he dismissed me from the hip injury that I needed to make an appt for  my knee because I am walking bone on bone.  Still believing that the Lord’s healing on it will last my lifetime.  If he healed it, why isn’t the cartilage or whatever belongs there, there?  I don’t know.  Maybe he wants to see what I’m going to do about it now that the doctor says I need to.  Well, my knee doesn’t hurt so I’m not going.  😀

ABOUT ME Hello. To various folks I am Neat’nee, Mom, Grandma Neta, Gramma, Aunt Neta, Aunt Noni, Aunt Neno, and Aunt Neto (lots of varieties from little nieces and nephews). To some I’m more like “Didn’t you used to be my teacher?” or “Don’t I know you from someplace?” To you, perhaps, I am a Fellow Blogger. Not “fellow” like a male or a guy, but “fellow” like a companion or an adventurer. I would choose to be Grandma Blogger, and have you pull up a chair, my website before you, while I tell you of some days of yore. I have experienced life much differently than most of you. It was and is a good life. I hope to share nuggets of appreciation for those who have gone before me and those who come after me. By necessity you are among those who come after me and I will tell you of those who came before. Once upon a time in a little house on a prairie - oops, change that lest I commit plagiarism - and change that “house on the prairie” to “dugout on the prairie.” So my story begins...
View all posts by oneta hayes →
This entry was posted in divine healing, God heals, Jehovah-rophe, My Story of Healing, Put Me in Remembrance, Uncategorized and tagged divine healing, Go heals, Jehovah-rophe, knee, My Story of Healing, Psalms 118:9, Put Me in Remembrance. Bookmark the permalink.

4 Responses to HEALING OF MY KNEE